One of my goals for 2020 is to write more blog posts. I really haven’t kept up with this side of things for the last couple of years as I’ve been laser-focused on building my digital media business and less attention has been given to writing blog posts. I’m changing that starting now and will… END_OF_DOCUMENT_TOKEN_TO_BE_REPLACED

It's that time of year again! Time to get that perfect gift for all the special people in your life! If you're like me, you started picking out gifts months ago and your Amazon cart is a hot mess and the anxiety is getting overwhelming! I'm here to help simplify the shopping process and let… END_OF_DOCUMENT_TOKEN_TO_BE_REPLACED 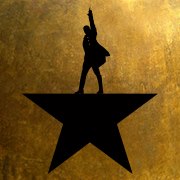 “FEARLESS PERFORMERS...BRILLIANT AT MAKING PRECISELY COORDINATED FEATS LOOK IMPROVISATIONAL, EVEN RECKLESS.” Dallas Morning News, If Sir Isaac Newton and Leonardo da Vinci had met and dared each other, DIAVOLO | Architecture in Motion® would have been the byproduct. This audacious and innovative company, led by an equally audacious Artistic Director Jacques Heim, returns to Dallas… END_OF_DOCUMENT_TOKEN_TO_BE_REPLACED

Casting has been announced for the Dallas engagement of Disney’s The Lion King, which will leap onto the stage at The Music Hall at Fair Park from Wednesday, June 13 through Saturday, July 7. The production features Mark Campbell as “Scar,” Gerald Ramsey as “Mufasa,” Mukelisiwe Goba as “Rafiki,” Nick Cordileone as “Timon,” Greg Jackson as “Zazu,” Ben Lipitz as “Pumbaa,” Jared Dixson as “Simba,” Nia Holloway as “Nala,” Keith Bennett as “Banzai,” Martina Sykes as “Shenzi” and Robbie Swift as “Ed.” The… END_OF_DOCUMENT_TOKEN_TO_BE_REPLACED

Dallas Summer Musicals, Inc. (DSM) and Broadway Across America are thrilled to bring the Tony Award®-winning Broadway revival of THE COLOR PURPLE for its Dallas premiere at the Music Hall at Fair Park January 23-February 4, 2018. THE COLOR PURPLE is the 2016 Tony Award® winner for Best Musical Revival! Hailed as “a direct hit to the heart” (The Hollywood Reporter), this joyous American classic about a young woman’s journey… END_OF_DOCUMENT_TOKEN_TO_BE_REPLACED 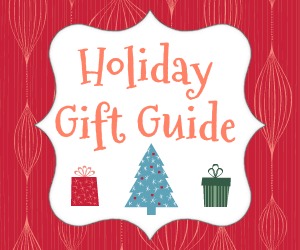 If you're struggling with what to gift your friends, family, or special someone, I've got you! Here are my Holiday gift ideas for everyone on your list! For the Dallasite:  Displaying love for Texas and Dallas is mandatory, right? I personally love repping my city and supporting local. Fuerst Editions is a small business based… END_OF_DOCUMENT_TOKEN_TO_BE_REPLACED 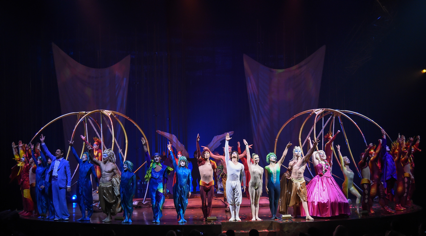 Due to popular demand an extra performance of Varekai from Cirque du Soleil is added in Frisco Performing a total of seven shows at the Dr Pepper Arena December 20 – 23, 2017 Tickets are now on sale at www.cirquedusoleil.com/varekai After being given a strong response, Cirque du Soleil has added a second performance of the touring show Varekai on… END_OF_DOCUMENT_TOKEN_TO_BE_REPLACED

Fort Worth-Dallas, TX (November 1, 2017) – IRVING BERLIN’S WHITE CHRISTMAS, the stage adaptation of the beloved classic film, is coming to North Texas this holiday season. The critically-acclaimed musical will play at Bass Performance Hall in Fort Worth November 14-19, 2017 as part of Performing Arts Fort Worth’s Broadway at the Bass series. This family holiday favorite will roll back into Dallas,… END_OF_DOCUMENT_TOKEN_TO_BE_REPLACED